Increasing profit in stadiums in 2022

For stadiums every revenue stream counts, and food & beverage on match days are a vital income. However, many venues struggle to service all their fans during periods of high demand. They don’t run out of customers… they run out of time.

A recent survey by Oracle concluded that if queues were cut in half the potential increase in revenue to a UK stadium would be 45%.

The accelerated move to cashless stadiums

Post pandemic, fans are now perfectly happy in a cashless stadium. However, this seismic shift is not without its reverberations: while the actual process of tapping a card or phone is quicker than the exchange of cash, the EPOS systems that accompany the card readers are not designed to be used by casual staff. They run complex software requiring extensive training - not easy when most servers are working their first shift.

Even the simplest EPOS systems do nothing to speed up customer deliberation or the dialogue between fan and server. If any of these three key stages are inadequate, queues build and fans either get angry and give up or don’t try in the first place.

According to the Oracle survey, 42% of UK fans cited speed of service as the main reason they didn't buy food, with 40% abandoning a queue in the last 12 months. 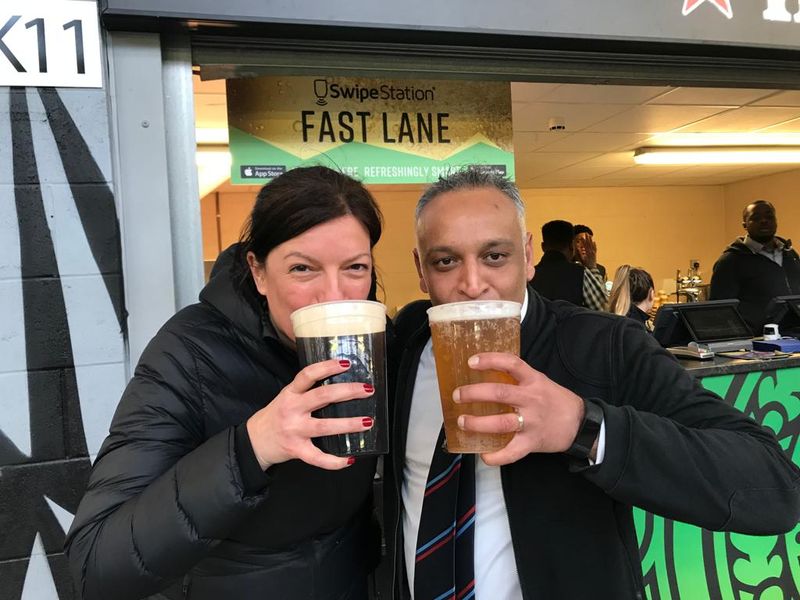 What can we learn from the move to cashless?

Historically, stadiums have been reluctant to try new technologies. The pandemic has shown that the consumer feels very differently, with the meteoric rise of mobile ordering as a perfect example.

A survey of stadium visitors conducted by SwipeStation revealed that 84% had used their phones to order drinks from a pub in the 12 months prior - 28% for the very first time.

Mobile ordering allows customers to spend more time enjoying the experience and less time in queues, and stadiums can use this to their advantage to serve more people than ever before without having to increase staff numbers or build more bars.

Mobile Ordering in the Stadium Environment

Introducing mobile ordering into stadiums comes with complex connectivity challenges. This is because for most stadiums providing reliable WiFi or 4/5G is simply too expensive. Fans are competing for bandwidth in a building made up of multiple layers of concrete and steel, so any service that relies on phone connectivity will inevitably result in a poor, if not failed customer experience.

SwipeStation has a system that no other company offers - which solves these issues. Fans do not require connectivity on their phones to use the service.

Moreover, by removing deliberation, ordering and payment from the service area, SwipeStation can transform an untrained casual server into a super-efficient service machine, with reducing a typical transaction time from over a minute down to 15 seconds. 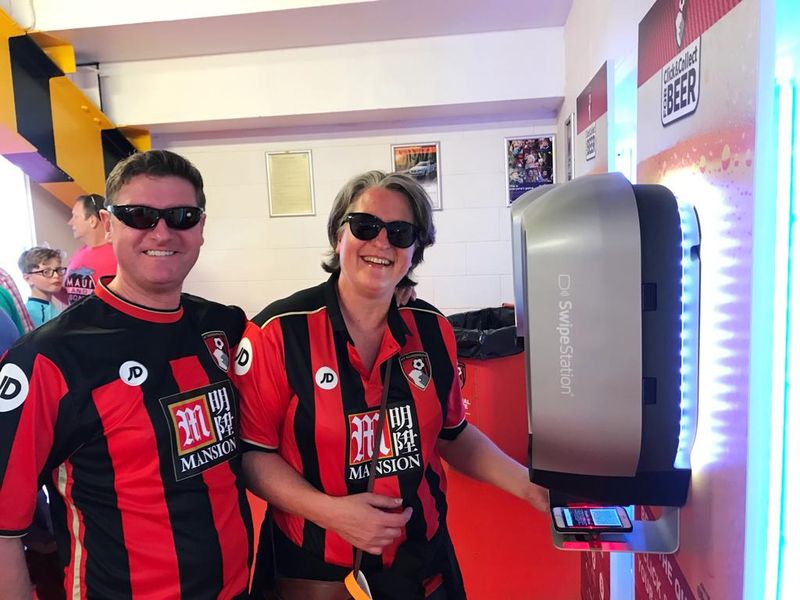 Looking to the future, SwipeStation have developed a webapp called S.M.A.R.T (Stock Management & Analytics in Real Time) - which negates the need for tills completely. For the first time, operators can manage the input and movement of stock and orders - all from a phone. They have also developed an in-seat delivery option for GA, disability and hospitality areas.

By embracing mobile technology, stadium caterers have the potential to achieve increased revenue, improved fan experience and lower staff costs. In the meantime, the fan no longer has to miss the action just to avoid the queues, and half time becomes a pleasure rather than a pain. Everybody wins… whatever the result on the pitch!